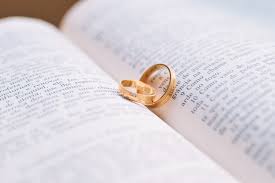 New brides and grooms married to the Japanese lovers are wondering if they should obtain a spouse visa or keep the current short-time resident permit. What makes them hesitate?

As part of the Japanese government’s efforts to make it easier for foreign nationals to work in Japan, the 2017 reform of the Japanese gift and inheritance tax system gave tax concessions to short-term residents. Unlike some other countries, recipients (heir) are tax payers, not the deceased. For people domiciled in Japan – regardless of nationality – IHT applies to worldwide assets. Before 2017 tax reform, even for expatriates working in Japan for short-time period, IHT would be imposed on overseas assets inherited from their parents, which made them hesitate to be assigned in Japan.

Table 1 permits include all typical visas for expatriates such as Business Manager/Engineer/Specialist in Humanities/International Services/Intra-company Transferee. Permanent resident and spouse visa are categorized at Table 2.

While it seems working well for people who are offered new assignments to Japan, this tax treatment change is a disincentive for foreigners who considered applying for spouse visa or permanent residence. As long as they can get IHT concession, they want to keep the current visa status.